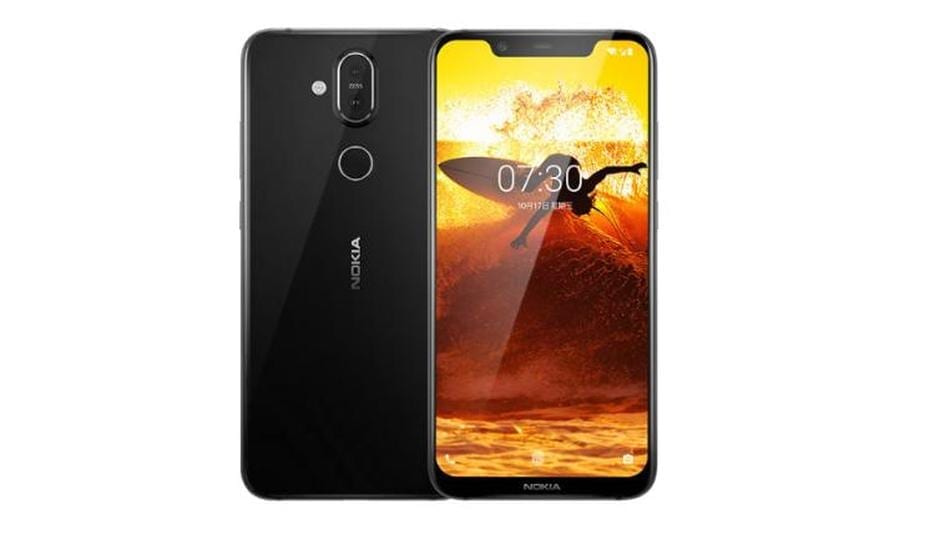 From the looks of things you have the premium ‘metal sandwiched by glass’ type of build with a simple die-cast centre. The 6000-series aluminium frame is pretty much the average 8mm in thickness. Dual cameras are centrally arranged along with the fingerprint scanner distinctive enough with a circular depression. On the other hand, the front has a very much wide notch occupied by the camera, speaker and other sensors.

Adopting the big display style, the smartphone does well to bring in the iPhone X-esque type of notch, albeit a bit bigger. You should also know this is an LCD screen with the PureView display technology seen in other Nokia smartphones. As for resolution, the display has a 1080 x 2280/pixels configuration and on a 6.18-inch span screen.

Now, there is no need worrying about battery power with the setup placed here which includes the capacity and hardware. For the relatively high-end midrange processor, the 3, 500mAh battery is sufficient for the average user. Furthermore, the smartphone does come with a USB Type-C port as well as fast charge support.

The camera is similar to that on Nokia 8 but with a more improved sensor and rear end camera pair. In that regard, we have a 12MP f/1.8 aperture camera from Sony and with a 1.4µm pixel size while the other for portrait is a 13MP depth sensor. At the front notch is a 20MP camera with f/2.0 aperture and the ”bothie’ feature where both front and back cameras are used simultaneously.

Even if you wouldn’t want to refer the Nokia 8.1 has being a flagship smartphone, it does have a powerful midrange chipset. The Qualcomm Snapdragon 710 is a top of the line processor joined by an Adreno 616 GPU taking on graphics. Also, you have a 4GB RAM inside and 64GB  built-in storage extensible to 400GB with a Micro SD card. You’ve got the most recent Android 9.0 Pie stock OS pre-installed on the smartphone no unnecessary bloatware.

Be the first to review “Nokia 8.1” Cancel reply