Wireless charging has been around for a good few years and has gained more and more popularity. Along with Apple’s getting in on the scene last year; with its flagship iPhone X coming with the wireless charging capabilities, it’s fair to say this capability has really taken off. But have you ever wondered what makes wireless charging so popular? will it take over from the more traditional wired method and become the one to use from now on? 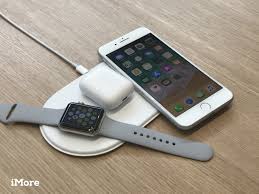 The reasons why wireless will be preferred or is preferred to wireless charging includes:-

Despite the beautiful and amazing advantages of wireless charging,  there are still some minor drawbacks.

How does the overheating caused by wireless charging damage your battery?

It is well known that the best rechargeable batteries on the market, generally, are lithium-ion batteries. But what you might not be aware of is that these batteries have limits when it comes to overheating. The heat will speed up the aging of your battery every time your phone attery gets exposed to high temperature. But we seldom hear about phones having this problem when charged with a wired charger.